Here are links to my 2016 Email Updates! Enjoy!

Here are the links for my 2015 email updates that I sent out! If you don’t receive them please drop me any email and I would be happy to add you to my list – I send them out no more than once a month.

Over the past year I have been able to do a few video updates! This has been a little nerve wracking but also exciting to me. It is very strange to see yourself on video! Thankfully I am starting to get use to it.

These videos are made possible because of Randy Turner who is To Every Tribe‘s Videographer & Production Developer. Thank you Randy!

I had the opportunity to Volunteer at he Compassion table at a concert recently. The concert was held at the Livestock Grounds. I went with another To Every Tribe Lady. It was a lot of fun.

Through Compassion you can sponsor a child in another country. Sponsorship helps provide food, clothing, medical and spiritual care for children in needy areas.  For more information you can click here to visit Compassion’s Website. 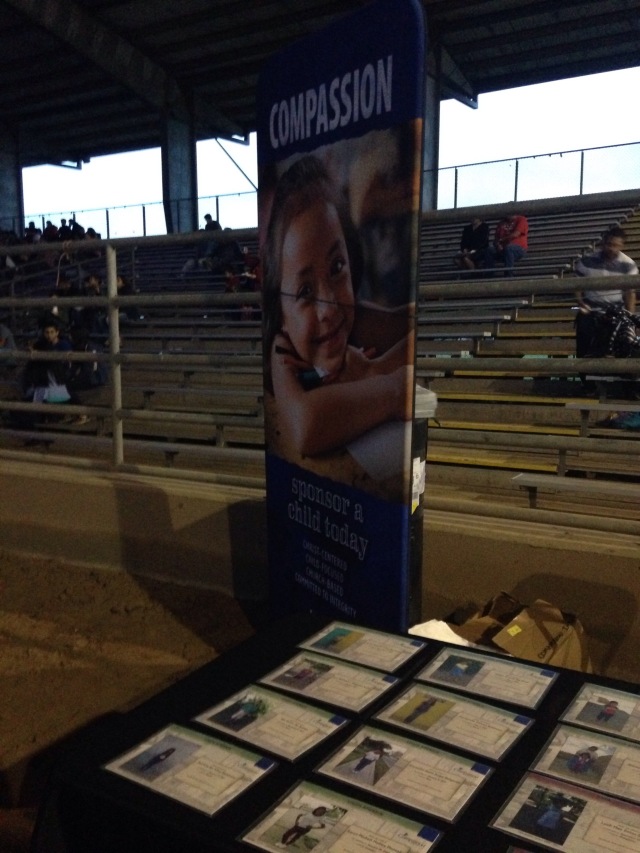 After being rear ended at the end of September I finally settled with the insurance company. And then began the serious car shopping. This post is meant to be mostly humorous but I would still appreciate your prayers and I am still looking for a car (update I purchased a car at the end of October). If you want to read more about the accident you can check out this blog post 🙂

I started casually looking for a car probably about the day after my accident. And let me tell you looking for a car is no joke. My first car purchase (2003) was pretty easy – my Dad helped me (thank you Dad), and my second car was given to me (thank you so much!!), this car has definitely taught me a lot. My Dad and many others gave me a lot of advice about buying a car. Thank you!

First I think I should mention that Spanish is probably the predominate language here. I honestly don’t mind. I’ve grown use to it and even though I don’t speak very much Spanish it is normal for me to hear it. To be honest I’m so use to it it feels almost overwhelming when I go back to Michigan and understand everything when shopping – that is no longer ‘normal’ for me.

So a few funny things (also occasionally frustrating) that have happened while I’ve been car shopping. Some of these have to do with where I live, other things happen just because, and other things because I’m a woman out shopping for cars (mostly by myself).

This (below) is not the car I purchased. It is just one of the ones I looked at. You’ll have to wait until later to hear about my new (to me) car.

Posted in Uncategorized | Leave a comment
Joyfully His
Blog at WordPress.com.